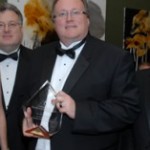 Sun has a strong product line but had been struggling with profitability for years. In addition to growing revenue, the company sought to reduce expenses and align with revenues to return to sustained profitability and bring SG&A costs in line with the competition.

The challenge: Adapting Sun’s cost model to give the technology firm the flexibility to deal with changing business conditions. While Sun had developed an internal competency for applications development and support, in today’s global economy this model was now inflexible and expensive.

To address rapid changes in the business environment, Sun was also open to bringing in an external partner to gain access to best practices that drive operational excellence, including business risk mitigation.

Narayanan Viswanathan, CSC’s Sun global account executive, says Sun felt its core competency was “IT innovation, not IT services and delivery.” Outsourcing allowed it to retain an IT organization focused on strategic functions.

Robert Worrall, Sun’s CIO, says cost and the ability to ramp up and down to meet changing business needs were key criteria in selecting a supplier. Technical skill, aptitude, and the supplier’s onshore/offshore capabilities were also important considerations. So was cultural fit. “We view CSC as a partner that could come up with creative solutions both companies could deliver to an evolving marketplace,” says the CIO.

CSC included its go-to-market teams, marketing organization, product specialists, and senior executives in the negotiation sessions. “They brought innovative thinking to the table,” he says.

Worrall adds, “even before winning the contract, CSC’s executives were proactive in understanding Sun’s business today and, more importantly, where Sun was headed. They looked at our products, services, and R&D portfolio to see how we could develop a longer-term partnering model that would benefit both companies.”

During the transition Sun and CSC together succeeded in:

All this while maintaining service to 35,000 Sun employees and supporting the applications Sun used to run its $11 billion global operation.

“Sun had aggressive goals to reduce costs quickly during as short a transition time as possible. This turned out to be the most substantial challenge for both parties,” Worrall says.

During the bid process, all the suppliers recommended a fairly predictable transition approach. “They were fearful because we were asking them to take on a more accelerated approach to transition,” says Worrall. CSC, like other potential suppliers, “was initially reluctant to make the transition period so abbreviated, but then worked with us to understand where the real risks were and, more importantly, how to mitigate them,” recalls Worrall.

Viswanathan recalls the supplier worked hard to select the proper resources in India because at that time “the Indian market was hot.” Three hundred Sun employees transitioned to CSC. CSC then hired 450 people to work in India. The supplier brought key personnel to California for training.

The nine-month transition went relatively smoothly. “It was a race against the clock,” says the CSC executive. “We had to transition 600 business applications, some of them mission critical, in just eight months.”

Viswanathan says Sun was understandably most concerned about the uptime of its applications during quarter-end, when it books most of its revenues. “An outage could potentially result in millions of dollars of losses. This became a focus area, and we have delivered 16 quarters of perfect performance. That’s quite an achievement,” he says proudly.

Worrall is impressed that CSC was able to cut six months out of the transition, “saving everyone time, effort, and agony.”

Differences in the corporate culture of the two firms presented the next big challenge. “At Sun we have a fast-paced culture, meaning that people are accustomed to being able to turn on a dime. In part, this was because we were used to the luxury of having a dedicated staff of developers available to make changes immediately,” says Worrall.

When Sun outsourced the applications work to CSC, its employees now had to incorporate new CMM-aligned processes into their workday life. “It’s something Sun asked for and CSC was intent on delivering,” say Viswanathan.

As the transition occurred, the outsourcing sponsors started to get pushback from Sun users. “We threw in a lot of management time and effort working with end users to understand how we could amalgamate CSC’s requirements with Sun’s need for innovation and speed. We tried to find a win-win solution,” says Worrall.

He says “we didn’t understand the difficulty people would have with that change. In retrospect, we should have spent more time up front understanding the cultural impacts the additional process steps would have and remediating those before we went live,” says Worrall.

One week before the contract commenced, Sun requested that CSC cut costs even more quickly by compressing the European roll-out schedule from 12 months to eight. The shorter European schedule was going to save an additional $2 million. Demonstrating the flexibility that has become a hallmark of the working relationship, CSC agreed to the new plan, says Viswanathan.

Another example of the flexibility of the partnership came when Sun deployed a new Oracle ERP system; the deployment provided an opportunity to look at the support model with a fresh lens. “We challenged CSC to come up with some ideas to both save money and provide support differently,” says Worrall.

CSC responded by bringing in subject-matter experts from its Oracle Competency Center. “They explained how other customers are taking advantage of the newer technologies and how we could bring those solutions to the Sun account,” he says. The result: the partners modified the support model, which helped to reduce cost. “CSC’s experience, knowledge, homework, and out-of-the-box thinking were responsible for this change,” says Worrall.

In another instance, Sun needed 200 additional support personnel with very specific Oracle subject-matter expertise. “Rather than renegotiating terms and conditions and service level agreements (SLAs), we simply placed a phone call to our account executive and said, ‘Bring in 200 developers and support people as quickly as you can, and we’ll just consider an addendum to the existing master services contract.’ We did just that without batting an eye or having to get lawyers involved. It was a simple, almost trivial, addition to the contract,” marvels Worrall.

Cost savings: Sun’s number one objective was to save costs, according to Worrall. Through the first three years CSC has delivered savings of more than 22 percent through both productivity improvements and global resourcing. The scope has evolved over time, starting with a new baseline run rate which has provided further cost savings.

Worrall says the savings “certainly put us in a good position in our market.” Second, Sun reinvested some of those savings into other IT components “that desperately needed investment.” The rest of the money went directly to the bottom line.

Flexibility: Sun’s ability to quickly dial up and dial down resource levels as business dictates is a cost lever that it didn’t have before outsourcing. A quick dial-up of resources came when CSC responded quickly to support the Integrated Business Information System (IBIS) project by providing 80 qualified Oracle resources within two months. A quick dial-down of resource was done when the business needed further cost reduction in the summer of 2006. CSC eliminated an additional 150 staff in a few months, reducing Sun’s costs by $1.2 million, observes Viswanathan.

Process focus: Worrall says CSC has brought a focus on process and quality delivery with its intellectual property around service management. “Before the outsourcing, we were always pretty anxious at quarter-end,” he reports. “CSC was able to get Sun through the quarter-end and year-end processing with fewer concerns, escalations, and issues than Sun had ever seen before.”

Industry synergy has been key to some fruitful go-to-market initiatives between the two companies. Both Sun and CSC understand their own and each other’s industries. They were able to develop new, innovative products that built on the strength of both companies. “We were able to put together solutions that we might not otherwise have developed without this relationship,” says Worrall.

Worrall says CSC has “met or exceeded our initial objectives in every audit that we’ve undertaken. We are happy with the results.”

Why this relationship works

From the very outset, CSC “focused on not just the outsourcing deal but the broader relationship,” observes Worrall. “The contract and the relationship are based on mutual respect, transparency, honesty, and openness; this led us down a path of long-term success,” he continues. “CSC clearly understands our business and has a consistency in messaging, integrity, honesty, openness, and transparency that very few suppliers I’ve worked with have,” notes the CIO.

Worrall says the contract includes incentives on both sides so everyone involved continues “to look for opportunities to drive down costs and bring forward innovative ideas.” Adds Viswanathan, “Each has helped the other innovate our respective businesses.” In addition, Sun and CSC have become customers for each other’s products and services.

He says the IT staffs of both partners have made a commitment “to help each other in every situation. This commitment made our financial and service delivery successes possible. CSC brought to the table proven rigor, discipline, and process focus, allowing Sun to focus on its strengths in other areas.”

Worrall points out CSC executives are present at his meetings “every single month;” he reciprocates by participating in their staff meetings, too. He says his team works hard to make CSC “feel like they are part of the bigger family.” He says CSC employees “walk and talk like Sun employees.”

“Year after year after year, this relationship continues to make my job easier. It’s something that’s predictable and reliable,” concludes Worrell.

Criteria for Best ITO: Best use of outsourcing to achieve the buyer’s objectives for ITO while also achieving mutually beneficial outcomes.
& &.