You are at:Home»Articles»IDC Study | Article 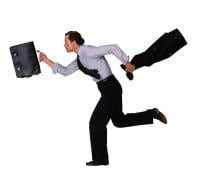 In the past, companies coping with change turned to outsourcing to cut costs. But this time it’s different. Instead, companies “are viewing outsourcing in a whole new light – as a means of becoming more adaptable to rapidly changing business conditions.”

So says a new report from IDC and Cap Gemini Ernst & Young entitled “Helping Companies Adapt to a Volatile Future.” Analyst Jessica Goepfert and her team interviewed senior decision makers in 65 large companies in North America and Europe with average annual revenues of $2.2 billion. Over 82 percent of the respondents had already outsourced either their IT or a business process.

“In the past, outsourcing has always been justified on a financial basis. The key measures were cost, capital and cash flow,” says Bob Pryor, vice president at Cap Gemini Ernst & Young (CGE&Y) and head of the outsourcing practice in North America. CGE&Y teamed with IDC, a Framingham, Massachusetts global market intelligence and consulting firm, to prepare this report. “But now outsourcing has moved to the boardroom. Today outsourcing is about strategy and execution,” he continues.

Recognizing that cost will always be a major motivator in an outsourcing decision, the IDC team asked the respondents their main reasons for outsourcing if the cost were equal across providers. The top three reasons were:

According to the report, “outsourcing is evolving from a tactical, cost-controlling mechanism to a strategic business move to change a company’s business position.” This progressive form of outsourcing has been labeled “transformational outsourcing.”

The report explains that companies today “face a more challenging business environment” in a world that is “more global, competitive, networked and unpredictable.” In addition, the researchers found that current business challenges – more educated and demanding customers, regulatory changes and the ever-present pressure to cut costs – are “ongoing, unpredictable and often unmanageable” regardless of industry or region. These challenges make the need for flexibility paramount to business success.

The report states that “outsourcing is one way for businesses to ground their organizations in a sound strategy that resonates in any environment – bull or bear.” In fact, it discovered companies in volatile industries are “already embracing outsourcing as a way of managing uncertainty.”

Transformational Outsourcing: The Best Way to Deal with Change

Pryor says that in the past, buyers told their service providers: “Take over my systems and do it cheaper.” They hoped nothing changed because “change was bad.” Today, however, change is a given. “Now the discussion has evolved to, ‘How do we find new ways to drive value?’ Organizations now want to enjoy order of magnitude, not marginal, change,” he says.

The research team found over 70 percent of its respondents are looking for a service provider that “can help them enable their business strategies” and over half are looking for “a strategic relationship” with their outsourcer. The report says transformational outsourcing service providers are assuming more risk and taking a more active role in the relationship’s outcome. Contracts now have risk-reward elements.

Companies are outsourcing a mix of ITO (information technology outsourcing) and BPO (business process outsourcing); the common denominator in the outsourced process is complex and technology intensive. “Keeping up with the latest innovations can be dizzying,” says the report.

While most companies have little trouble outsourcing IT because it is so complicated and clearly not their core competency, they have greater reluctance outsourcing business processes, even though they too are non-core elements. Loss of control seems to be the stumbling block. “However, competitive pressures are compelling companies to rethink their BPO positions. The application of technology and globalization are putting a new spin on BPO, causing growth projections to be high,” says the report.

The report had some good news for outsourcing service providers: 77 percent of the companies surveyed expect to outsource more functions. But these buyers said they no longer select a provider purely on price. Service and responsiveness, uptime and availability, and expertise are now more important than price.

In conclusion, the report compared yesterday with today. “Five years ago, the motivations for outsourcing were ‘cheaper, better, faster.’ The new mantra is ‘better, faster, cheaper.’