You are at:Home»Articles»Latin America Growing As an Outsourcing Market—Especially for Real Estate 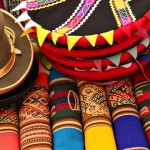 Outsourcing buyers and service providers are now shining a spotlight on Latin America.

KMPG’s State of the Outsourcing Industry 2013 report echoes his observation. The report found “strong demand growth for both BPO and ITO in Latin America over the last 12 months.”

The KPMG study reported the region represents $22 billion out of the $952 billion global outsourcing market. It estimated the five year (2012-2017) compound annual growth rate for BPO services in Latin America would reach 7.4 percent. That handily beats the North American growth rate estimate of 5.3 percent during the same period. The consulting firm pegged the ITO compound annual growth rate for the region at 8.7 percent, labeling it “the clear growth leader.”

Internal domestic growth is just one reason. Latin America has always been known for its legal and regulatory knowledge, its language skills and its compatible time zone with America. In the past when labor arbitrage was primary and the focus was on straightforward, rules-based transactions, these traits weren’t as valuable. But now they are prized attributes when organizations want more strategic outcomes from their outsourcing initiatives, according to the KPMG report. Outsourcing maturity is helping this market.

On the real estate front, Melas notes large, global US companies are expanding into Latin America. They want to employ integrated solutions, which opens up new opportunities for firms like Jones Lang LaSalle.

Latin America is not one monolithic region but rather is five sub-regions, according to Melas. They are:

“The cultures of each of these countries are dramatically different,” he explains. “Each has a different history. You can’t paint them all with the same brush.  You have to approach each individually,” he continues.

Another challenge is the region’s view on employment. Melas says Latin American companies are typically very loyal to their employees. “When you start outsourcing, the company is concerned about what happens to its employees,” he observes.

Outsourcing is very local in Latin America, according to Melas. For example, one of Jones Lang LaSalle’s global clients owns properties in six Latin American countries. The client wanted to outsource the region, but Melas says the provider had to approach the engagement on a country-by-country basis.  Global providers must “build trust” with local, in-country client leadership as well as with leaders who are running the RFP process (whether globally or from the United States) “because they have a lot of say about the situation and can make an outsourcing engagement fail or succeed.”

Each country currently has a thriving coterie of smaller, local outsourcing providers. These firms generally specialize in self-performing maintenance service delivery. Melas notes that they are typically very cost-effective. Many single-country engagements may include at least one of these local providers, perhaps resulting from a prior or current local relationship.

However, they may not have the capability, technology or resources to provide value beyond cost savings – value-adds in such areas as systems, technology, reporting and analytics.  Where the client is looking for added value beyond cost savings, the local provider may have an opportunity to partner with the multinational services provider, such as Jones Lang LaSalle, in creating and delivering a solution.

The bottom line: Outsourcing buyers benefit by getting the best of both worlds.