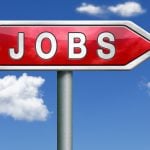 Even as the economy has improved worldwide, the unemployment figures are still stubbornly high. But talking to HR and recruitment process outsourcing (RPO) executives, they are working overtime to fill certain jobs. Sometimes the skill set is too much in demand or just rare. In other cases, it is near impossible to reach the right job seekers, so the job openings remain unfilled. Filling the resulting talent gap can become a challenging undertaking.

Here are three stories of how RPO and niche outsourcing providers had to think out-of-the-box to get the job done for their buyers.

Two of the world’s largest computer manufacturers have call centers in Panama City, Panama. The Central American nation has a highly educated population that speaks English, Spanish and Portuguese, making it a perfect place to answer questions from frustrated users in both North and South America.

One of these companies had an opening for 100 call center associates in its credit card department. For six months the jobs remained unfilled. The manufacturer realized its competitors made “the fight for talent fierce,” according to Kshitij Jain, founder and CEO of MoBolt, an outsourcing provider specializing in mobility in the talent acquisition space.

This is important because texting “is exceptionally expensive in Latin America,” explains Jain. It’s not unusual for a user to spend a significant sum on monthly texts. “And this age group texts a lot,” he continues. In addition, it is cost prohibitive and difficult to open Web browsers from a BlackBerry in Latin America. So setting up a special Web site wouldn’t work.

The company’s HR department came up with a plan. First, they created a lucrative incentive they would award to any current employee who referred a quality candidate. “They knew the only language this young crowd listened to was the sound of money,” says the MoBolt executive.

Then, they sent out texts announcing the incentive plan using BlackBerry Messenger. They knew their target market would welcome the free communication and not hesitate to forward the text to their friends. The original text included a special code to track the employee with the leads as they came in.

“This demonstrates the power of mobile in hiring: you can drive the right employee engagement,” says Jain.

Veterans were the answer

Home building is, by definition, a boom and bust industry. But the housing bust of 2008 hit home builders harder than most could remember.

To survive, most laid off all but the necessary people to keep the company alive during the hard times. They certainly had no need for land assessors, whose job is to determine if a plot of land is suitable for development. They are the first people on the scene when the builder thinks about opening a new subdivision.

Early last year the recovery began. Since so many existing homes were locked in foreclosures and short sales, many US markets experienced an inventory shortage. Suddenly there were a lot more buyers than homes to buy. Consequently, new home sales soared, because they became the major part of the available housing stock.

That meant builders had to ramp up fast. But land assessors were nowhere to do be had.

A Fortune 500 home builder turned to ManpowerGroup Solutions for a solution. Jim McCoy, head of US and Canada operations for the outsourcer, says the answer was to hire veterans. The military uses land assessors in a number of ways. “These soldiers were well-trained in many critical aspects but lacked awareness of the commercial environment,” says McCoy. So ManpowerGroup Solutions identified Junior Military Officers who the home builder trained in the commercial aspects of real estate development.

It turned out to be a win-win solution for everyone. The veterans found great jobs and the home builder found its much-needed talent necessary to kick off the development process in a timely fashion.

Engineering a solution for automobile manufacturers

Hybrid cars have become the “cool” car. Who doesn’t like saving money on gas?

That’s why hiring battery ion engineers—the ones who design hybrid automobiles—is as difficult as finding an available Prius when they first appeared. “These engineers are really rare, very much in demand and all employed,” says Greg Karr, Seven Step RPO executive vice president.

Karr says building a sourcing infrastructure around a skill set that might only yield 300 professionals in the US requires high touch, state-of-the-art technology and expert knowledge to create and nurture a community that drives hires. That included building a battery ion talent community as well as a specific career site. “We want to be THE place for this type of candidate across all channels,” Karr explains.

“We had to use academic rigor to define where candidates ‘live’ online and then be creative to figure out how best to connect with them,” says Karr.

The result: Seven Step RPO places between 10-15 of these hires per year even when there are only 300 possible applicants.

How RPOs actually fill these jobs

Randstad Sourceright received a requisition to fill a senior accountant job at a wealth management company. The job, based in southern California, is to oversee highly visible investment portfolios.

It is not an easy job to fill. The client company had tried for nearly two years to fill the position, according to Chase Wilson, vice president of recruiting and innovation center of expertise at Randstad Sourceright. The enterprise even looked to high-end search firms at a salary-based contingency fee, but to no avail.

The RPO got the assignment in July. The person started his new job in September. “We combined good old-fashioned recruiting techniques with modern-day technologies and engagement approaches,” says Wilson.

Here is how they found him:

The RPO knew the ideal candidate would have spent time at a Big Four accounting firm. The recruiter assigned to this job first used basic keywords to find candidates across the Internet. This identified various candidates on social networking sites such as LinkedIn.

“The reality is that candidates do not always list their skills or experience the same way,” Wilson said. “For example, alumni of Ernst & Young and PriceWaterhouseCoopers might list the company as, E&Y, EY, PwC, or their respective full names. Recruiters need to research and understand the varying ways candidates might label their employers, titles, skills.”

By progressively including additional keywords and nomenclature into a complex Boolean search string, the recruiter was able to identify upwards of 600 candidates with key attributes. Continuously progressing the search string refined the list even further, arriving at a target list for the recruiter to engage.

To achieve the greatest level of engagement, the recruiter wants either a useful email address or even a phone number, pieces of data that candidates don’t always reveal online.

This is why recruiters work to map out a candidate’s entire social footprint through techniques such as reverse image search, which assumes candidates use the same profile photo or avatar across multiple social networking sites. By putting a candidate’s LinkedIn image into Google, the recruiter identified other sites the candidate had participated in.

Of course, finding the right person is just the first step in filling a position. But it’s where everything starts.