You are at:Home»Articles»Why is Outsourcing Innovation So Hard? Here’s How to Make the Impossible Possible! | Article 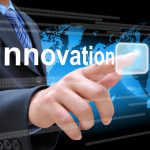 Talk to most outsourcing buyers at the outset of their engagements and innovation is always on their wish list. Talk to them two or three years later, and the one thing they wish they had gotten is innovation. The lack of innovation in outsourcing seems to be one the few things they are unhappy about.

Why is innovation so difficult in outsourcing relationships?

Differing perceptions are major part of the problem, according to KVL Somayaji, Global Transition & Transformation community leader for IBM. “While outsourcers provide ROI and can demonstrate tangible savings, buyers are interested in its impact on the ground. That is a matter of perception, making innovation difficult to prove,” he explains.

Another problem may be the definition itself. “Disruptive innovation may not fit into a business process management context,” says Keshav Murugesh, Group CEO, WNS Global Services. That kind of innovation, which appears at regular intervals at Google and Apple, “while not impossible, will be few and far between” in a typically outsourcing engagement, he says.

The importance of trust and collaboration for innovation

Instead, innovation that is possible in a BPO or ITO relationship is “more of a two-way street,” Murugesh observes.  And he believes partnership is the requisite foundation. “If the engagement model is built around partnership, then innovation is more likely to happen,” the WNS executive believes.

“Openness, trust and the will to collaborate,” are the key drivers to innovation, adds Rich Jaso, vice president, Global Operations, Unisys. These behaviors create an environment where both sides “have the freedom to display new ways of thinking.” Buyers and providers in adversarial mode, on the other hand, can count on no or minimal innovation, he has observed. “Both sides have to keep each other honest,” adds Subramanian Gopalaratnam, group head of innovation for Xchanging.

And the will must be there on both sides for innovation to happen. The WNS executive believes innovation can happen if it’s “an aspiration for both sides.” He says it can’t be lead by service level agreements or by pressuring the service provider. “Innovation happens in a relationship of equals,” he says.

In addition, the relationship’s maturity determines the level of innovation possible. “Some innovations may seem very risky at the start of a relationship, especially when dealing with non-linear models,” according to Murugesh of WNS.

How do you define innovation?

Murugesh equates outsourcing innovation like viewing the hour hand of a clock. “It does not move if you keep looking at it. It’s only after a point in time that you see it has moved,” he explains.

Somayaji of IBM adds that the concept of innovation changes from industry to industry, even from process to process. “If there is a concept that is used in different contexts by different stakeholders with different meanings at different times, it probably is innovation,” he says.

Yet he took a stab at an all-encompassing definition: “any project or process that can deliver significant tangible and intangible benefits by using emerging technologies that are ahead of industry standards.”

Gopalaratnam says innovation requires “a different thought process.” In his experience, innovation “is not about shiny things. It’s about a sustained effort to think differently.”

Murugesh of WNS adds innovation in outsourcing comes in many forms:

Jaso of Unisys adds an innovative idea doesn’t have to be completely new. It can be “an old idea used in a new way.”

How buyers can aid innovation

The experts say both parties are equally at fault for not producing the desired innovative outcome. Outsourcing buyers serious about innovating should do the following:

Jaso says Unisys evaluates each account manager yearly and their success at innovation and continuous improvement figures into the assessment. “Our employees know innovation is something they can’t forget about.”

“Innovation doesn’t happen by chance or because buyers demand it,” says Jaso of Unisys. Instead, it’s a “journey of many small steps that lead to a big leap.” But the rewards are rich when it does happen.

What are your innovation failures and successes? What did you do right and wrong?