The relationship was eight months old at the time of the buyer interview.

Eleven years old, Bharti Airtel Ltd. is in the early stages of S-curve growth, according to Dr. Jai Menon, Director of IT and Innovation for the Indian telecommunications service provider. To date it has enjoyed triple-digit growth year-over-year.

At the time it decided to outsource in 2006, it had 30 million subscribers in a market of 140 million. Dr. Menon felt it was “important to inject an architectural framework at an early stage in our growth. We have to think about it now, not when we hit 70 million subscribers,” he explains. He predicts the provider, which services the entire Indian market with mobile services, broadband, fixed-line telephony, media/TV, long distance, and enterprise services such as managed IT applications, will have 100 million subscribers in just three years.

Bharti Airtel executives predict telecommunications services in India are going to continue to see huge volumes; that means more subscribers would use more minutes on its network. Increasing volumes, however, have an unhappy side effect: shrinking profits. 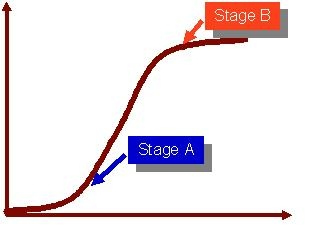 Dr. Menon says the price of a one-minute call “is constantly eroding.” For example, in 2005 the company charged two cents a minute; today it’s 1.5 cents per minute. “We see the pressure continuing downward. It’s important to control costs if you’re going to deploy significant capital to build a sustainable business and get a billion-plus people to enjoy a dial tone,” he says.

To support the burgeoning growth, Bharti Airtel created a strategic model for IT and innovation and establish an architectural framework for growth, the company created a “macro-architecture cube,” with six slabs or layers that guide all technology decisions. The model includes principles for infrastructure, service delivery platform, contact center technology, and convergent IT and network.

At the same time that it needed to control costs, the telecom provider also wanted to take “a quantum leap” in customer care because management believed customer-care services would become a potent differentiator in the Indian telecom market.

So, how do you radically improve customer care and cut costs at the same time? Answer: outsource.

Given the economics, Bharti Airtel wanted to work with a single supplier with whom it could put a utility computing model in place that allowed it to provision contact center technology (CCT), one component of its macro-architecture cube, on a cost-per-call basis and that could cover all elements across ten or so technology providers. “We knew we needed to do something different in the Indian market; this is the first relationship based on cost-per-call,” notes Dr. Menon.

It selected Nortel to provide the CCT. Nortel supplies:

Changing Behavior Was Key to Success

To keep costs in control, the outsourcing agreement encourages Bharti Airtel customers to do self-service at the IVR.

There was one major challenge to this grand plan: Indians don’t like IVRs. “Indians are impatient. They want to talk to a human being. They are not a culture that likes working with a system that requires them to press 1, etc.,” says Dr. Menon. The partners realized that they would have to change the behavior pattern of millions of Indians to be successful. “To do that, we had to be innovative,” he says.

“Indians love talking,” agrees Rajat Tandon, a Vice President who leads the services business for Nortel. Getting Indians comfortable with an IVR “was a challenging task,” admits the Nortel executive. The first step was to fine tune the speech recognition to mirror Indian dialects. The IVR currently answers questions in English, Hindi, and regional dialects.

Tandon says the machine won customers over when they realized they could get answers to their questions faster. “They liked not having to wait for long in a queue for an agent,” he explains.

Today, the IVR, which can play information back to the customer, handles 60 percent of all incoming calls. Nortel programmed the IVR to answer the top 10 reasons for calling, like “What is my current bill?” according to Tandon.

If the call gets resolved at the IVR level, Nortel gets an additional fee. If the call passes to an agent, that amount is deducted. “We incented the supplier to drive machine resolution through speech recognition, middleware technologies, etc.,” explains Dr. Menon.

This provides an incentive for Nortel “to use its technology know-how to resolve the problem at the machine layer.” This automatically improves Bharti Airtel’s operational efficiency because call center agents are far more expensive than machines, even in India. “For Nortel this is great, too, because they get a lot more revenue for the same amount of technology,” Dr. Menon says.

Bharti Airtel issued an RFI that laid out its specifications. The RFI did something unusual in India: it linked success to business outcomes. “We wanted someone with an innovative business model that was tied to business outcomes rather than the cost of technology. That model didn’t exist in our world,” says Dr. Menon.

The telecom provider looked at four players seriously, studying both their “vision and their architecture.” But cultural fit was just as important. “We needed localized Indian support and capabilities,” reports Dr. Menon.

Bharti Airtel had existing relationships with two players, so top management knew how they could operate in India. Nortel was one of them; Bharti Airtel was already using the supplier’s technology for its call centers and help desk. “Nortel could integrate various technologies and suppliers. And Nortel convinced us they had a compelling vision around contact center technologies, a vision we found powerful,” he says.

Transitions, by definition, are challenging. But Bharti Airtel added one more degree of difficulty: it was in “hyper-growth mode.” Tandon says when Nortel morphed into an outsourcing service provider. Bharti Airtel was adding 1.5 million subscribers a month.

Dr. Menon says the company didn’t “have the luxury of going through a transition and then worrying about growth.” When it signed its outsourcing contract, Bharti Airtel logged 40 million calls per month. Seven months later the number was 75 million. “We grew almost 100 percent during the transition period,” he says. So both parties had to “hit the road running hard.”

Since the partners trusted each other, they did some of the work 14-18 months pre-contract. One thing they had to do: procure the equipment to support the telecom provider’s projected growth. “By the time we executed the contract, a lot of the ducks were already lined up,” recalls Dr. Menon.

The partners launched the engagement with “a lot of brainstorming. It was important at the beginning to create a culture of openness,” says Dr. Menon.

Nortel senior members from all over the world visited Bharti’s Indian office. The Bharti Airtel team asked the Nortel executives: How can we come up with a model that aligns your interests and ours, keeping in mind at the end of the day we’re doing this for our customers?

Dr. Menon says the biggest challenge of the transition was getting the human resources in place; Nortel had to ramp up its team. “We had to put in more resources than we thought,” says Tandon. Today 150 Nortel employees support Bharti Airtel, up from zero.

Tandon says the first six months were difficult because Bharti had technology from multiple vendors, which it had to manage. Bharti also had 20 call centers. Now Nortel is migrating the data center to four large hubs. “Everyone will have a uniform platform with similar software and applications, providing a consistent look and feel,” says the Nortel executive.

At the time of the interview, Nortel had completed the asset transfer. Dr. Menon says this was a challenge because Bharti Airtel had disparate systems, the result of its growth through mergers. The partners formed a joint task force to verify assets.

One final challenge: real estate. Nortel built an office nearby; the outsourcing supplier needed to get the network operations center built and open. Real estate construction has a huge lead time in India.

Dr. Menon says “everything is around business outcomes, not boxes and software.” The service level agreements (SLAs) have both rewards and penalties; the rewards are linked to the rate of successful transactions.

When it comes to disputes, Dr. Menon says his office door is “always open.” Nortel employees can walk into his office any time. “So far, nothing has hit the table. My teams are handling and resolving disputes at their level,” he reports.

However, the contract includes a formal escalation process that can go up to the president of the company. “But I believe if there would be a situation of this sort, we would sit down and mutually resolve it,” says the Bharti Airtel executive. “We have confidence in our model.”

Before outsourcing, Bharti Airtel handled customer service in house with call centers in each silo. “Operational overhead translated into productivity losses for us,” he says. Outsourcing both improved productivity and reduced cost.

Dr. Menon says he no longer has to worry about up-front capital investment. “My variable cost model lets my money trickle out,” he says. This was important because Bharti Airtel “needed to smooth out our capital investment and make sure the money spent is directly related to business outcomes.”

Eventually, Bharti Airtel wants to expand outside India. “We would like to be there with them,” says Tandon.

There is a humanitarian benefit, too. Every rupee outsourcing saves gives the telecom provider the capital to get a dial tone to people in rural areas. India has 300 million people below the poverty line. Of the remaining 800 million people, only 140 million have a dial tone, according to Dr. Menon. “There’s a lot of work to be done. Data and content come with a dial tone. We are changing what a cell phone means to our rural customers. It is transitioning from a communications tool to a lifestyle enabler,” he says.

Why This Relationship Works:

“These first seven months have been in dog years. They’ve gone by quickly in clock time, but the amount of work we have done is equal to many, many years. We learned to crawl and sprint at the same time,” says Dr. Menon.