You are at:Home»Articles»Canadian IT Value Proposition Appealing to American Buyers | Article 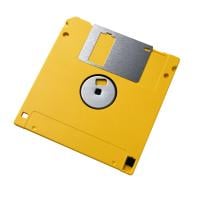 American companies outsourcing their IT prefer the nearshore Canadian value proposition as an alternative to offshore options, according to new research from IDC, a global market advisory firm. The study also discovered quality is more important than cost savings when outsourcing IT.

Sponsored by IT services provider Compuware, the study queried US executives on IT sourcing. Entitled Global Sourcing Trends Necessitate Considerations of Nearshore Sourcing in Canada (March 2004), the survey compared nearshore (Canada) versus offshore IT outsourcing. The survey sample involved evenly distributed respondents from smaller businesses to the Fortune 500.

Appeal of the Northern Neighbor

Jim Westcott, Senior Analyst for IDC Canada, says Canada’s close geographic proximity, political stability, and similar business culture help create its appeal. “Canadians understand the business process and expectations of US business. There is the history of shared economic activity that goes back a long way and includes the IT services market,” he explains.

Steve Oehler, Nearshore Development Director for Compuware, says the nearshore value proposition becomes more attractive as higher project requirements become the norm rather than the exception. The deciding factor is managing risks. “The further you move away, the greater the risk of things going wrong. As projects become more interrelated and complex, the need to keep communication lines open is critical,” he says.

While American businesses believe offshore providers can do the IT work more inexpensively, they also believe the greater distance can cut some of the cost advantage. Buyers may have to add travel expenses to the outsourcing budget to manage an offshore provider. Fifty-four percent of the respondents believe that they would have to add at least ten percent to the stated cost for these expenses. Oehler says companies who outsourced farther offshore may have discovered “costs they didn’t anticipate when they made the original decision to move IT work out of the company and across the globe.”

Cost No Longer the Primary Driver

Cost is no longer the primary reason to select an offshore supplier. Experience and expertise are now the key drivers, according to the 127 respondents who are planning to use either a nearshore or offshore provider. When asked to rank the ten factors they used for selecting a provider, cost came in third with less than half of the respondents citing it among the top three drivers. Experience and specific expertise topped the list. English competency and shared business culture followed very close behind as indicated by the figure below.

Westcott says this change reflects the maturation of the market. Previously, he says offshore projects were not strategic, so cost was the major driver. “Today customers want a more sophisticated way of integrating global resources and the ability to increase the quality. As the offshoring model has become more mainstream, it is less about cost and more about adding value to the business,” he reports.

In addition, the cost savings in the past may have been overly hyped compared to the reality, reports Oehler. “Frequently the savings are significantly smaller than what the expectations were,” he says.

Before the offshore model became prominent, IT services delivery was very hands on with a local delivery presence. What offshore did was make the process more like buying a product. Companies are now trying to get back to where it was before by melding the two models together, adds Westcott.

Only one-eighth of the respondents have no IT projects planned; the average is three project categories per respondent. Eighty percent of the respondents are considering or plan to use external providers while only 47 percent have used them in the past. The figure below demonstrates the areas of action expressed as percentage by 353 respondents.

Oehler notes that the newer projects often involve moving IT out of silos so they can interact with one another. “There is no independent system. Every function interacts with some other function,” he explains.

Summing up: Sending work to Canada offers cost-effective IT solutions with reduced risk for US firms. The US business has become more oriented toward quality and less interested in cost savings alone. The research shows that there are considerable concerns, particularly in the areas of English competency and a shared business culture, that can pose threats to a successful outcome in going offshore. The Canadian value proposition largely reduces risks in these areas.

How the study was done: IDC administered the study from November 2003 to December 2003, with 127 completed interviews conducted over the Web. Qualifying participants had to have knowledge of offshore and/or nearshore services providers and had to have used external services providers for application development projects. Target respondents were primarily IT management and professionals for US organizations with each participant having explicit involvement in his or her respective organization’s decision to use external services providers for application development services projects. Screening and demographic questions were also used to stratify the sample by size and industry disposition.

Lessons From The Outsourcing Journal